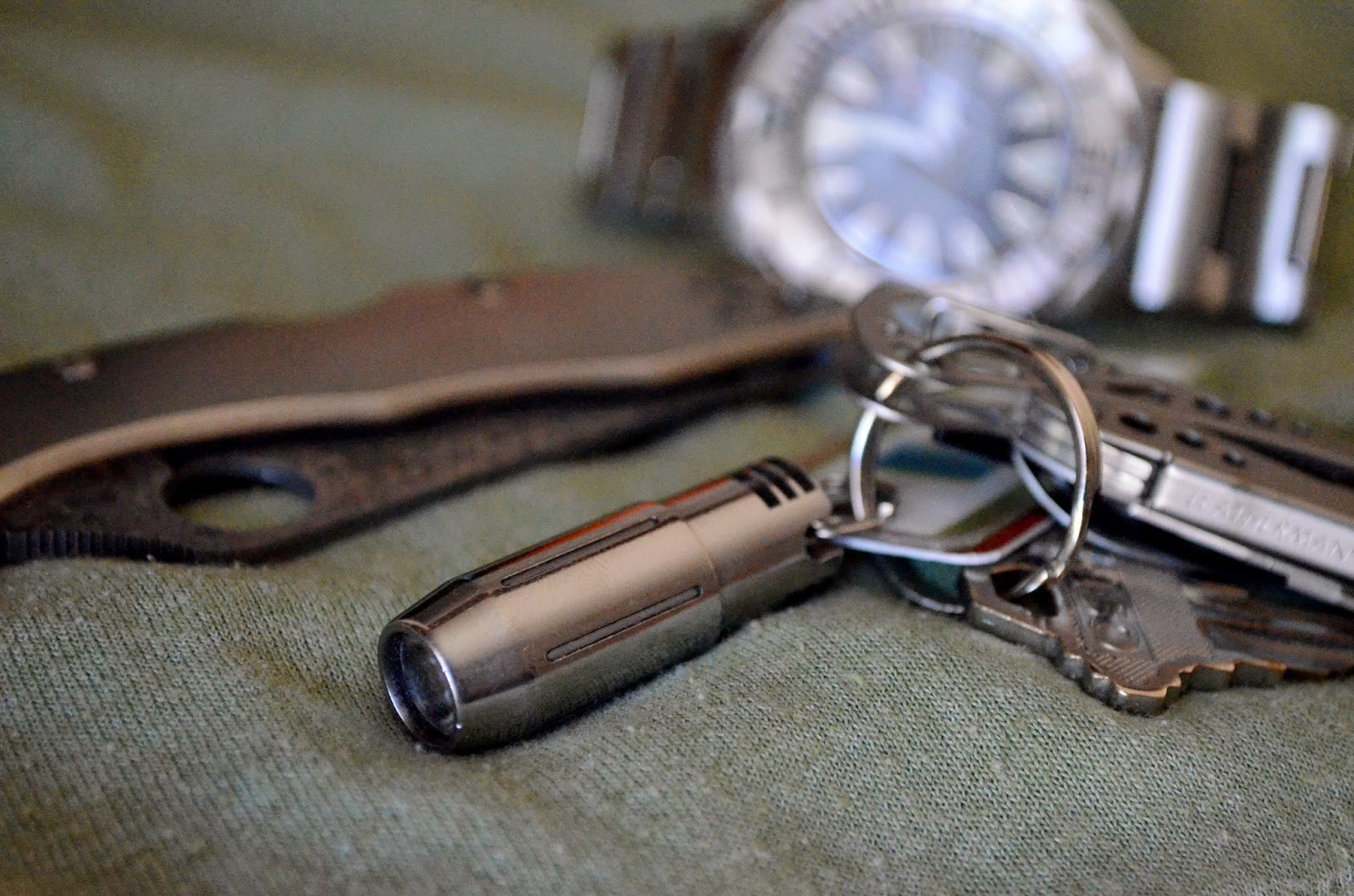 My thoughts on my only EDC light. Read more after the jump!
First thoughts? It looks like a bullet. Or a rocket. But something shiny, fancy, and flashy.

The Quantum DD is a very small light, a little over 1.5" long. Mine came with two ice-blue trits installed in the tail. Total cost? Around $60. This light runs using a QTC pill, meaning it can from zero to 100 lumens. With the QTC, the light has infinite variability. The more you twist, the brighter the light gets. Now, the small size and high output does come at a cost - the runtime. At 100 lumens, you only get 8 minutes of runtime. However, as you decrease the lumens, the runtimes go up dramatically.

My EDC light is this light and nothing else. I keep a few other, larger lights at home. These lights are brought on camping trips and other outings where I know I need more runtime. However, aside from these rare occasions, I solely rely on the Quantum DD. I find that I can go around 2 weeks without charging its battery, since I only use a light for the occasional thing at night. If you're not a "heavy-user" of your lights, I highly suggest trying the Quantum DD. I was wary of the runtimes, but after around three months of use, I have yet to wish I carried a larger light. Actually, its size is perfect. 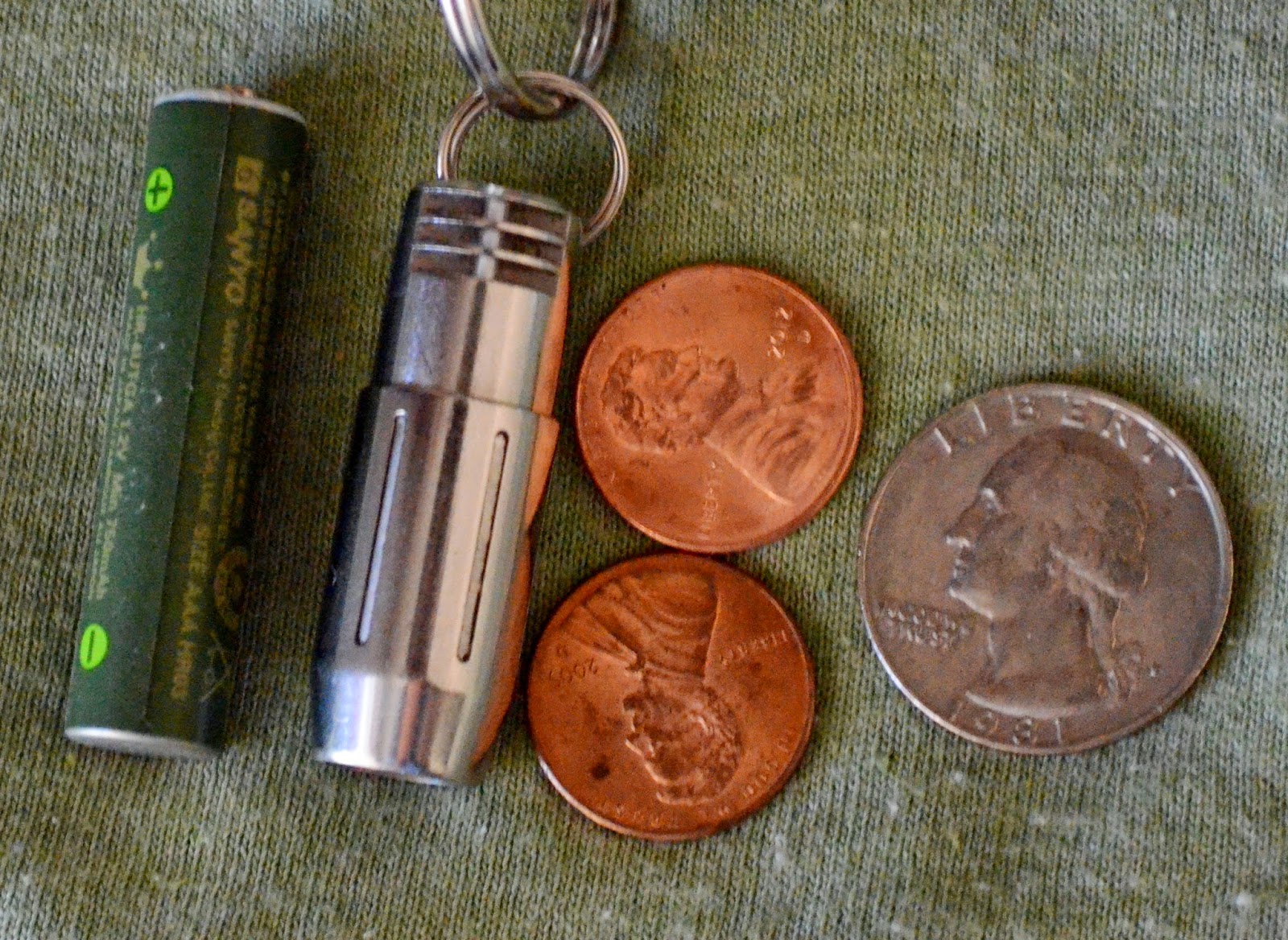 And just a little over two pennies in height. (Next to an AAA eneloop)

There is a new Quantum D2 that is out, but the main difference is a change in emitter to hit 120 lumens and a change in the location of the QTC pill. In practicality, the Quantum D2 is a direct upgrade to the Quantum DD. Therefore, I believe most of this review also applies to the D2.

Here is a picture of the Quantum DD on high, at 100 lumens.

However, the Quantum's output and size means it sacrifices runtime as a result. At 100 lumens, the Quantum has an output of only 8 minutes. However, at the lower outputs, runtime dramatically increases. In fact, I haven't been bothered by runtime at all. I only use my light for small, quick tasks. Finding a keyhole in the middle of the night, waking up and walking around in the middle of the night (starting from zero lumens really helps with night vision), and such activities. 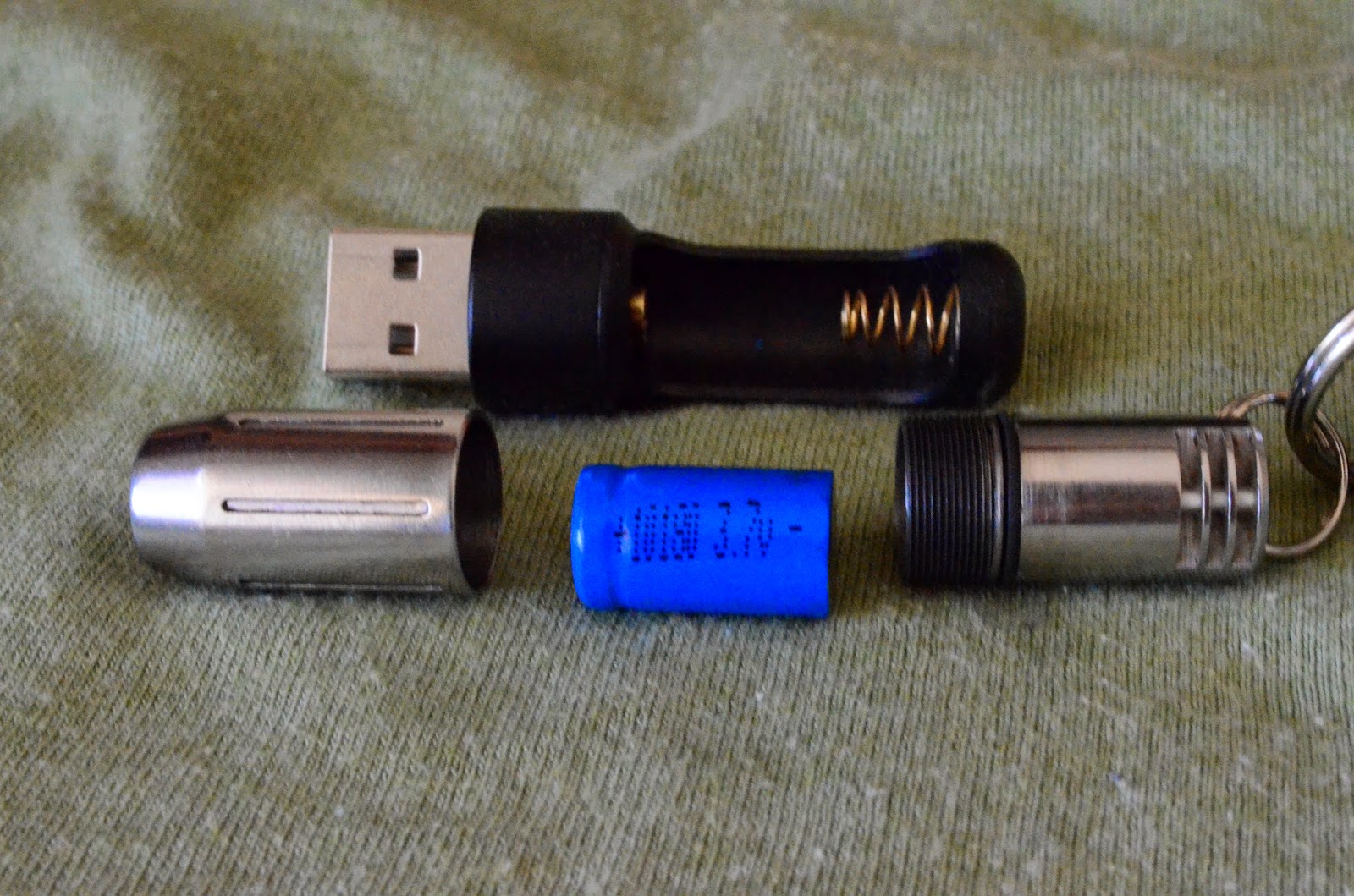 The Quantum comes with a battery and USB charger as well! The tritium really helps with locating the light in the middle of the night. Around 50% of my use for the light is waking up, looking for the blue trits, and then turning the light on in the middle of the night. I bought mine second hand for around $45, and I think it'd still be a great deal at $65, especially with the upgraded version. Here's a picture of mine at night, with ice blue trits. 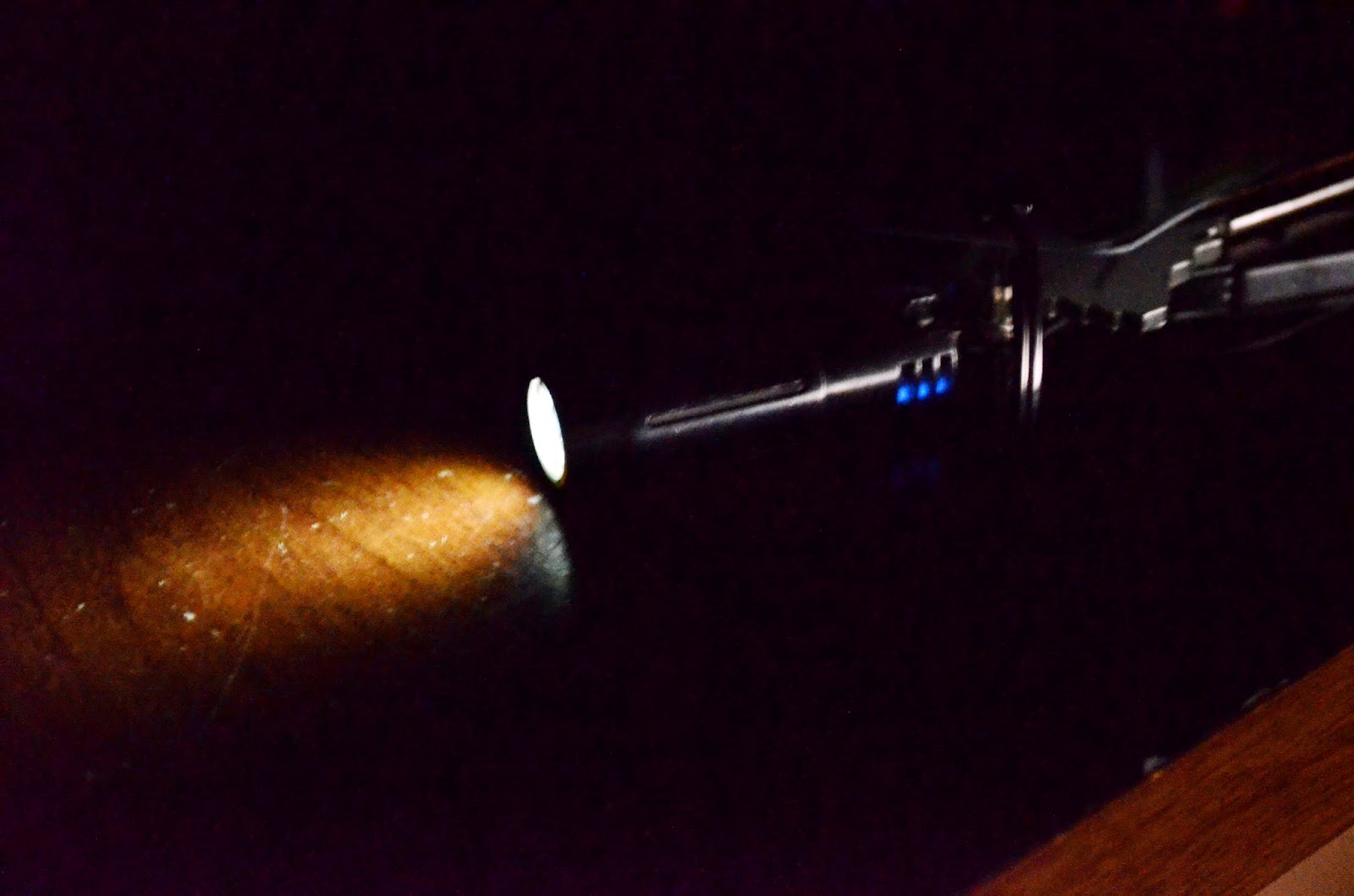 Final thoughts? I think it's worth it. At $45 without trits (for the Quantum D2), I would give it a try. This light is definitely not for policemen or guards on their night shift- it doesn't have enough runtime. But for the average, urban user, I'd definitely recommend this light. So many people don't even bother to EDC a light - that should indicate how much usage a "normal" person needs from a flashlight. So a small, unobtrusive, high-output light makes sense.

Email ThisBlogThis!Share to TwitterShare to FacebookShare to Pinterest
Labels: EDC