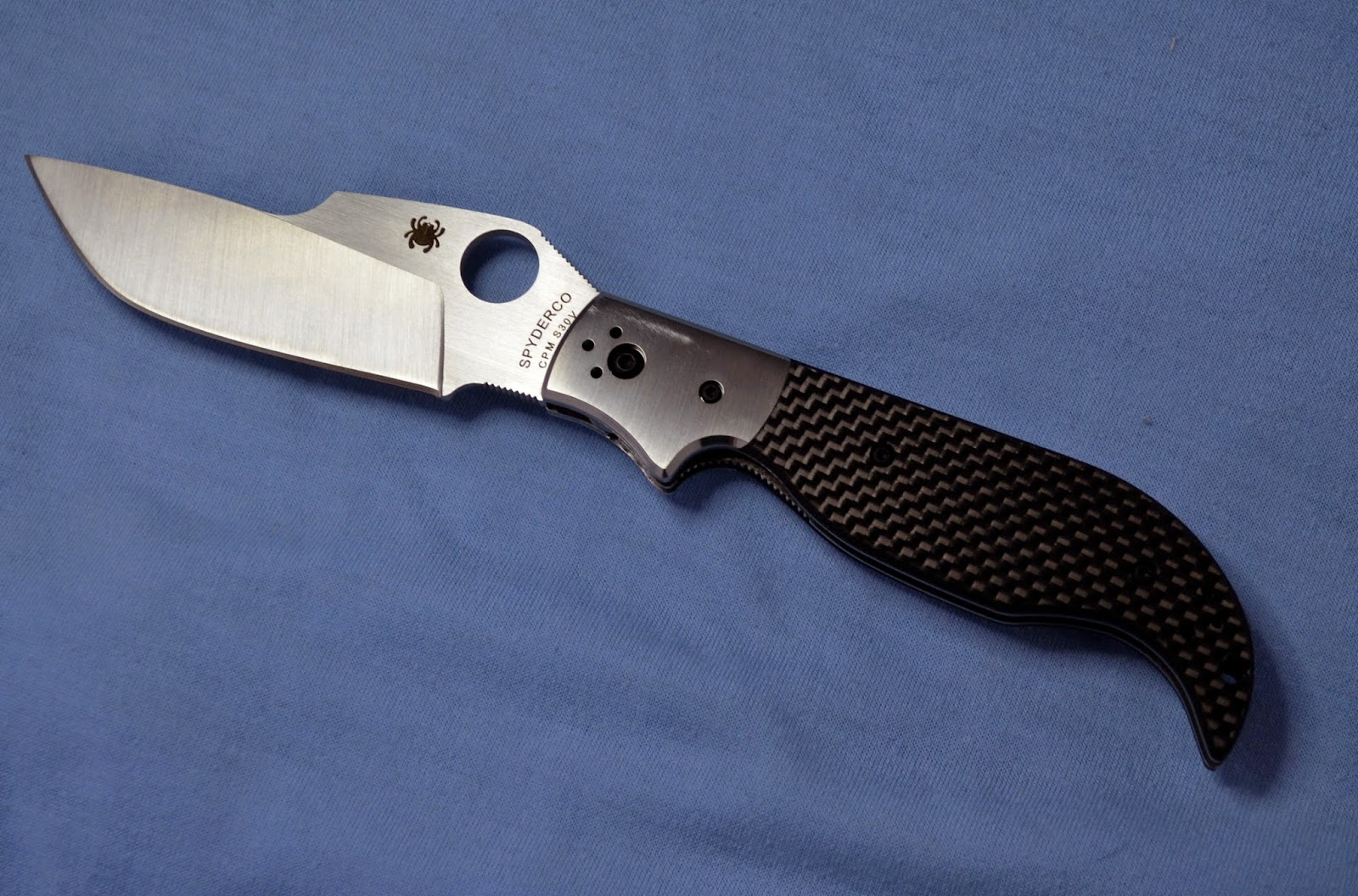 The Spyderco Navaja is a large knife made out of S30V. This Taichung-produced knife is unique for it's "carracca" mechanism, which makes a clicky noise as the knife is open. The knife, designed by Ed Schempp, is a modern interpretation of a traditional spanish knife. More after the jump!

It's a heavy knife. Lots of metal in its body. It feels solid, both in weight and lock. The liner lock clicks closed with a loud, solid sound. The clip is very nice and has a gun-metal appearance. Fit and finish is amazing. The bolsters are very well fitted with the carbon fiber and the liners, and you almost cannot feel any seams in construction.

Also, the carbon fiber is gorgeous. Now, this is a carbon fiber laminate- there was a large controversy on forums over this topic. Essentially, for some of their knives, Spyderco uses black G10 with a thin layer of carbon fiber. Many people felt this was essentially "cheating" since the scales weren't 100% carbon fiber, while others saw it as a way to cut costs without hurting the looks of the knife. Anyway, now all Spyderco's knives are clearly marked on their website, so the Navaja's scales is officially a Carbon Fiber/G10 composite. The 3D look is amazing, G10 or no G10.


The ergonomics are a bit funky for me. The grip is good, although the guard for the first finger is just a bit too small, so I grip it a bit further down the knife instead. As for the choil, that's my only complaint with the design. What is it? It's too big for one finger, yet just a hair small for two. When I use two fingers, my middle finger is riding up on the guard. In my opinion, it would work better as a one fingered bolster. It's taking up valuable blade space and cramming two fingers there isn't an option for me- my index comes dangerously close to the blade.

Also, another thing is the carracca. It is quiet. Try tightening a ziptie as fast as you can, and you kind of get the sound of the carracca. Find the loudest zip tie possible. Or just a zipper. It sounds like that. Not incredibly loud, but a muted sort of purr. My carracca broke after a month and the knife went noiseless. To Spyderco's credit though, they immediately had me send it in and after three weeks, I had a brand new Navaja.
I would not recommend this knife due to the ergonomics. I ultimately sold my Navaja because the choil was just too weird for me. So if you are considering this, I strongly suggest testing it out at a local knife shop before purchase. 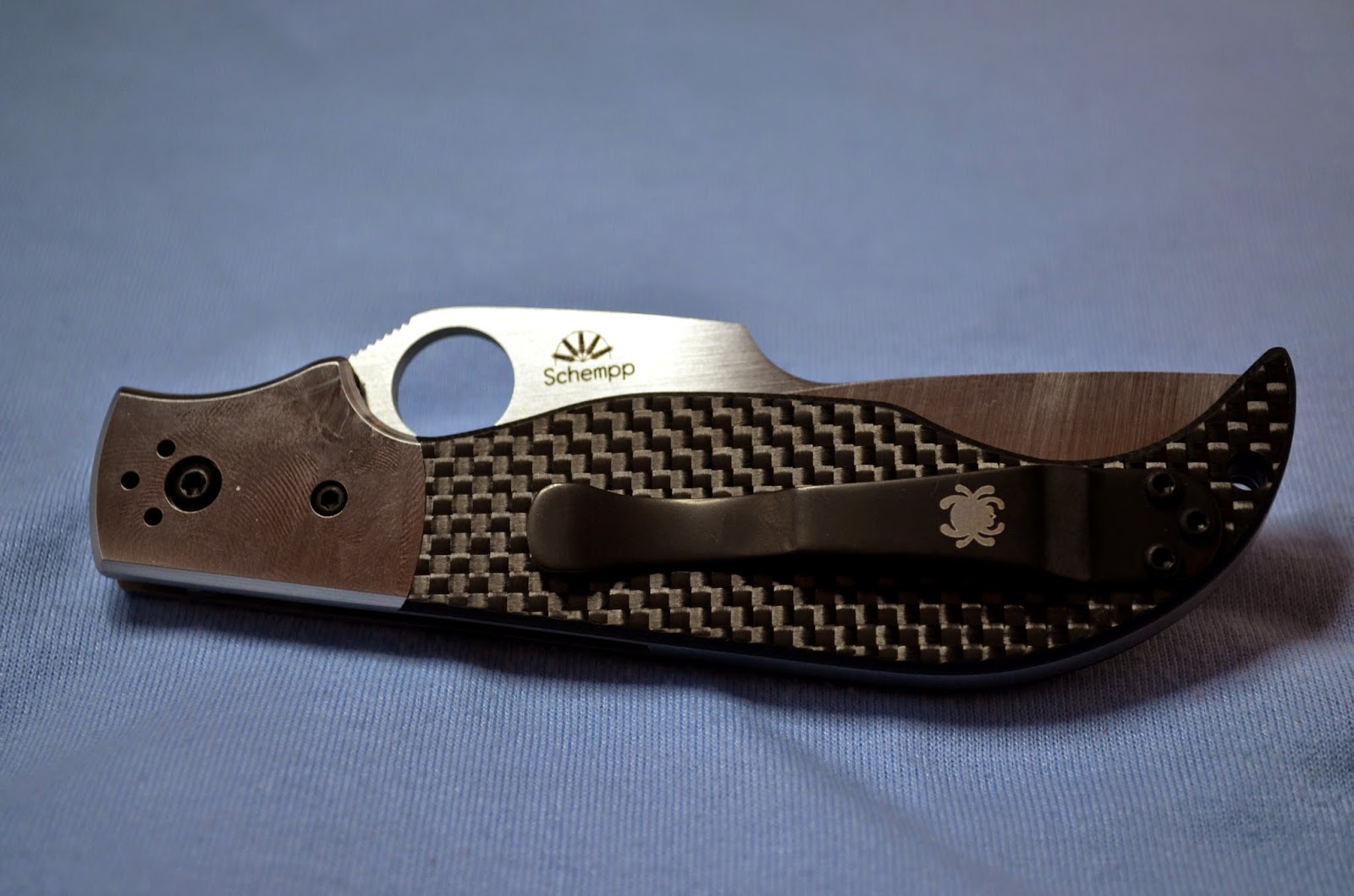