The Pilot Decimo is an offshoot of the popular Pilot Vanishing Point fountain pen. The Vanishing point and Decimo are very similar - both being one of the rare, retractable "clicky" fountain pens on the market. 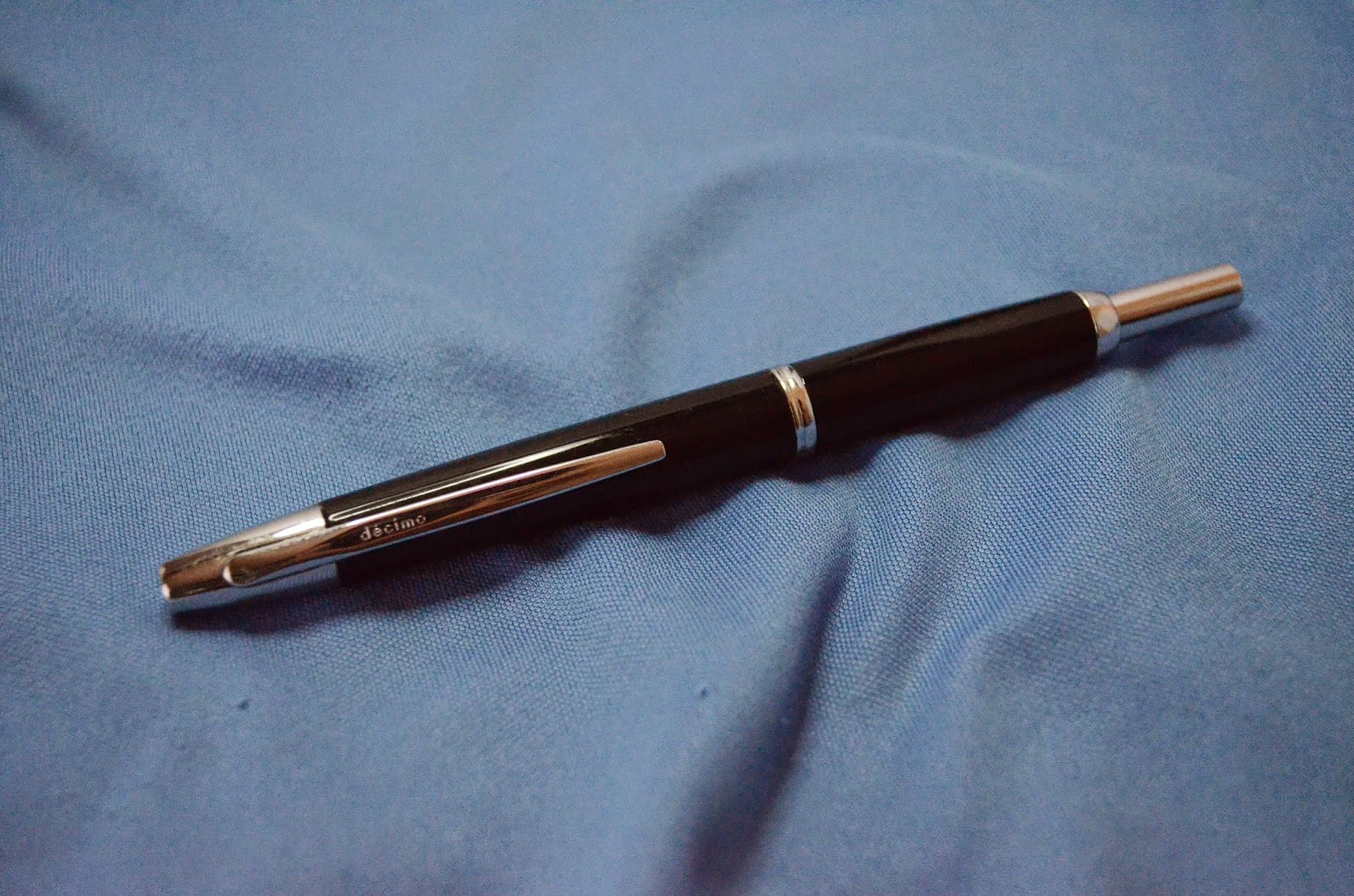 More information after the jump:
The differences between the Decimo and the Vanishing Point are little. Mostly, the Vanishing point is the thicker, heavier version of the Decimo. Some like it, some don't. Both retail for around $150. The Decimo, intended for the Japanese market, will be a little harder to find, but a quick search on Ebay will net resellers for the Decimo.

Now, one thing I'd like to point out is the clip position. As you may notice from the picture above, the clicky portion is on the right side, but the clip is on the left. This lets you carry the pen nib up in the pocket, but when writing, the clip is intended to rest between the thumb and pointer finger. The Decimo's clip is thinner than the Vanishing Point, but neither clips bother me, since I hold my pens like this naturally. It'd be a great idea to test run the pens first before you buy them though, since for some people, the clip is a deal-breaker. 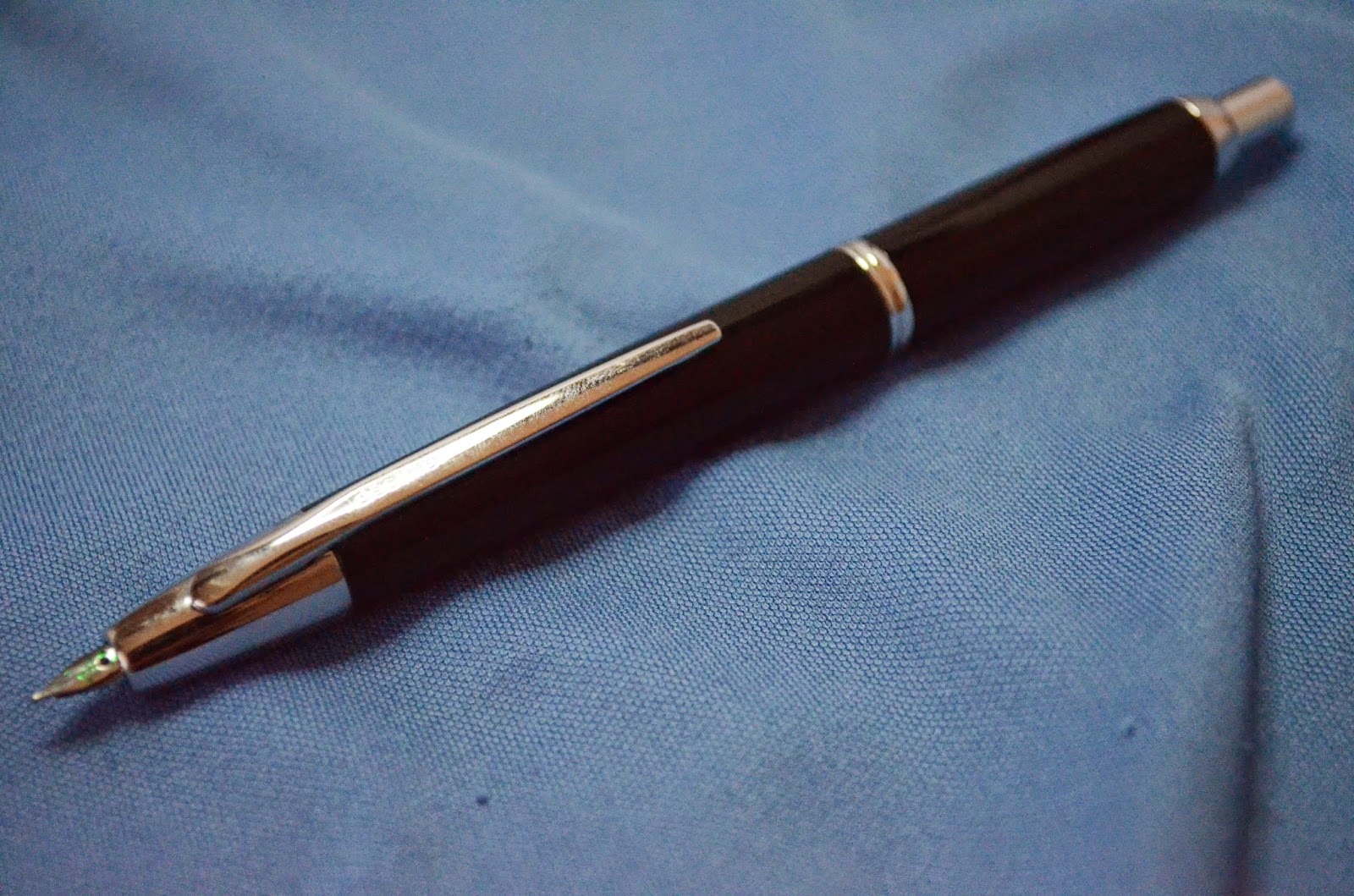 Here's the pen with the nib out. The nib looks very small, and at first, I thought the nib was just too small for the pen. It looked miniscule compared to the body - especially since I was used to seeing larger, flared-out nibs. However, in time, I came to recognize the nib as a more streamlined, sleek look - and I grew to adore the pen. It doesn't look like a traditional fountain pen. Once I got over that fact, I appreciated the looks a lot more. It writes very smoothly and cushioned, and the click is an incredibly convenient feature - especially for a student like me. Just because of the retractable option, this quickly became a favorite pen for me. Of course, the gold nib writes very smooth and fine at the same time. It's easily one of my favorite fountain pens. Only thing is, I find the converters a little lacking. Holding only 1mL, they don't last long. It's a small inconvenience, but this pen would be perfect with a larger capacity - in my opinion. Short, written review below: 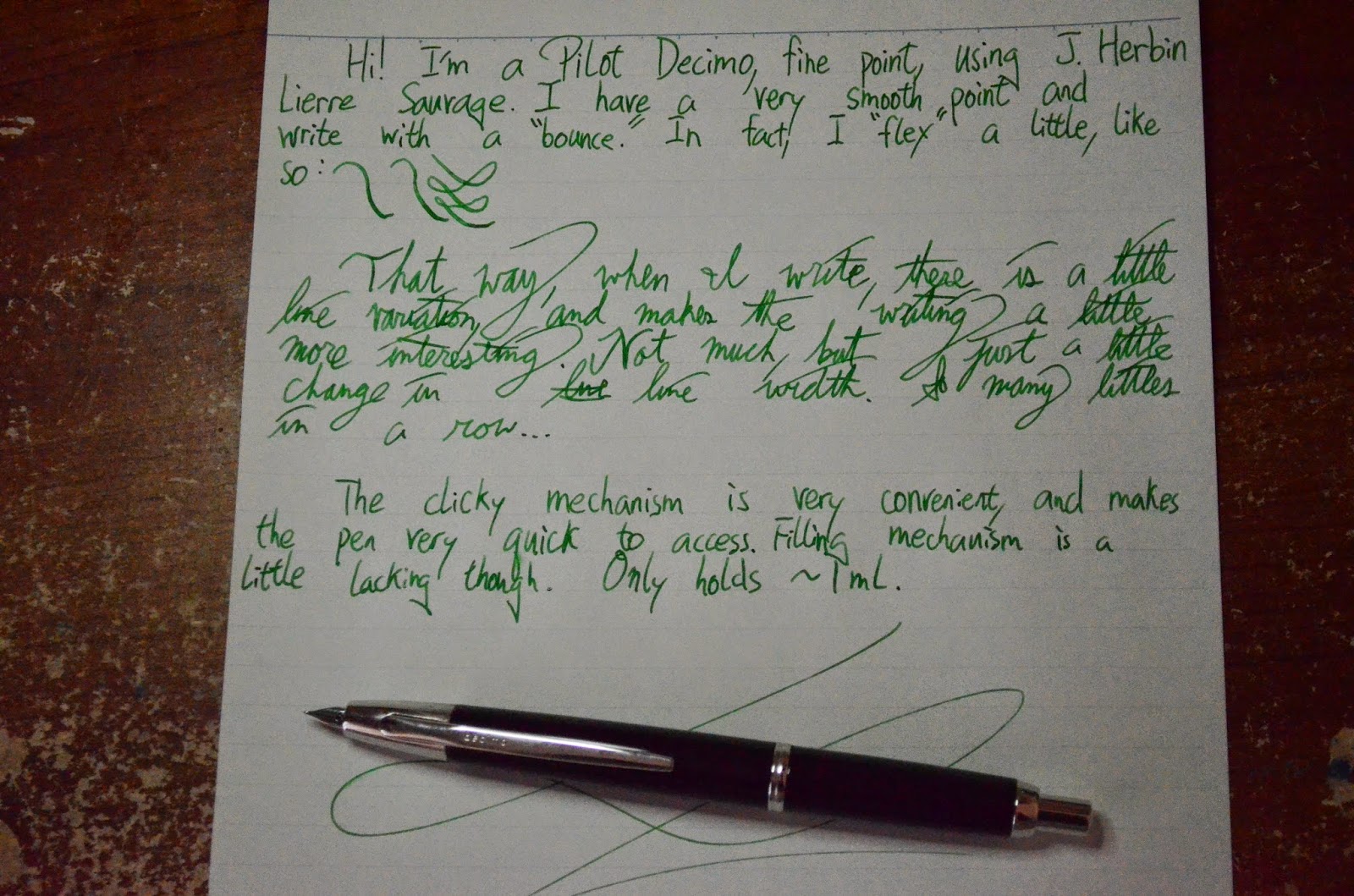